The Brill Building from Ireland scoops the Grand Prix

Brussels, 22 March 2022: 41 winners have been selected in this year’s IMC European Awards for Integrated Marketing Communications, representing 24 agencies from 5 countries. Ireland took the lead with 15 trophies, followed by Czech Republic with 10 trophies, United Kingdom with 8, Italy with 7, and Spain with 1 trophy.

The Grand Prix for an exceptional work was presented to Ireland’s The Brill Building for their campaign The Shop that Nearly Wasn’t for Breakthrough Cancer Research. Together with the client, which specialises in funding new treatments for difficult to treat cancers that have a low survival rate, they had a hard task to increase future funding potential by increasing awareness – of the brand, and the importance of the work they do.

Dan Henson, Creative Director, The Brill Building, said: ‘The Brill Building are thrilled with this IMC Grand Prix win as we knew we faced very stiff competition from the best gold winning integrated marketing and experiential campaigns across Europe. We thank Breakthrough Cancer Research for their trust and positivity throughout. Our ambition was to create an immersive campaign promoting the positive effect cancer research has on the lives of the people it touches. Everyone involved in this campaign got behind it and that’s always a winning formula with or without any award when supporting such a worthwhile cause.’

The winning agencies were selected after two rounds of judging in a European competition of the best campaigns selected at the national level across Europe. Irish entrants were the top campaigns from the annual APMC Star Awards competition. The first-round IMC selection was made by a jury panel made up of 40 leading industry professionals from across Europe, with the second-round jury comprised of IMC Council member representatives.

The IMC Council want to take this opportunity to announce it’s rebranding to the IMPACT Council which will happen during Summer 2022. The rebranding will also include the current IMC Awards which will see the brand unifiy the promotional marketing commmunity, more about this will follow in due course. During the judging stages there was another campaign which was a very close runner to our Grand Prix, so close that we decided to make a special award by making this campaign the very first IMPACT award. The campaign, The Presidential Speech That Never Happened was created to promote HBO Europe’s new political-espionage drama television series, The Sleepers. In 2019, millions of Czech citizens were celebrating the 30 years of freedom. However, some things remained unchanged. The manipulation of the media is still present and Czech president is a loyal supporter of Russia and China. When he announced that he would not attend the commemorations, nor give a speech, SYMBIO Digital made one for him, using Deep Fake. The Presidential Speech That Never Happened.

Renate Vogt, IMC European Awards Chair, said: ’This year’s campaigns showed the strength, inventiveness and creativity of our industry to its full extend. Besides the very tough market conditions with endless lock-downs, budget cuts, complicated working conditions, agencies and clients together were able to develop sparkling and activating campaigns in all category’s our industry stands for. It was a pleasure to judge small budget campaigns with a high level of creativity, a minimum of budget and a maximum of result, very innovative campaigns leaving behind the traditional path by choosing a new and so far never seen approach, integrated campaigns which were consistently executed all the way to bring a product or service a life and customers in action.’ 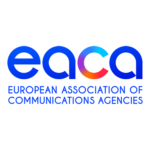 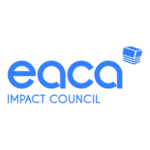